As a Phoenix Arizona photographer both loving art and specializing in events going to Burning Man is like going to Mecca. This is of course if you also like hanging out with hippies and don’t mind dust. I happend to be fine with both and have a underwater case case to protect my expensive camera for the week. It is about a 1500 mile round trip trek and almost a two week commitment to do it right and not have to rush in or rush out. You also have to bring all the supplies you need for the week and bring home every single piece of trash you create because nothing is for sale there and it is a no trace event.

Imagine a city where you get get hugs throughout the day from brief acquaintances, a place where there is no such thing as reaching in your pocket for tender, where bars and coffee houses have free drinks just in exchange for a roll of the dice and an act of chance on your part to entertain the barkeeper, where the very best farmers markets offer beautiful fruit for free, where a single temple at the quietest part of the city that encompasses all beliefs, a place where yoga classes and massages are free and common, where constant passing music playing cabs are everywhere that you can board for free, a place where art, kindness, and entertainment is abundant and almost everywhere you look.

There is such a place for one week of the year.

This year I had been at Burning Man four days and still not made it out to spend some time at The Man. I had seen him of course from the various trips around the city because he is pretty much visible from everywhere.

A few of us were out bar hopping when the biggest storm of the week set in and we were about a mile and a half away from our camp out by the sound camps and huge music domes at the far end of the city. At this point I was by myself and decided to take shelter from the 30-40 mph winds with zero visibility in some large extra pieces of truss that were used to build the domes that I stumbled on to hoping the white out would pass.

After about 30 minutes I decided to slowly try to head back to camp after putting on my goggles, face mask, and covering myself with flashing light lights front and back so nobody would run over me. I walked and pedaled for a good long while and thought I was getting close to where I wanted to be when I came across The Man right in front of me appearing out of the dust 3 or 4 stories high.

I was over a mile from where I thought I was. But, I was finally there, by accident, as the sky started to clear. It was awesome beyond words. This place is somehow more beautiful, dirty, harsh, magic, and full of lessons more than any place I have ever been. I fully understand why hundreds of thousands of people over the years have gone there and forever referred to it as )'(ome. 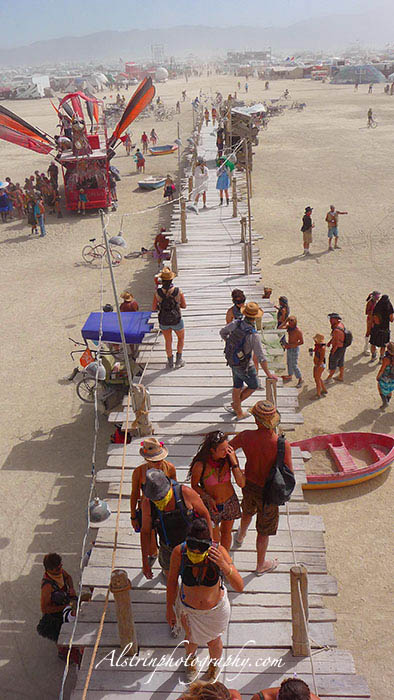 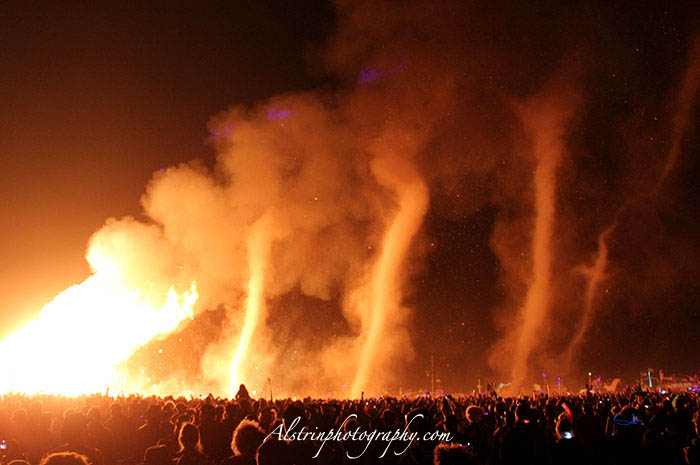 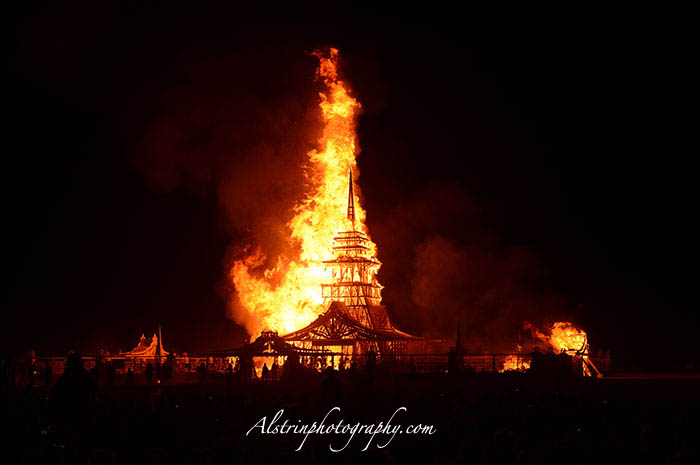 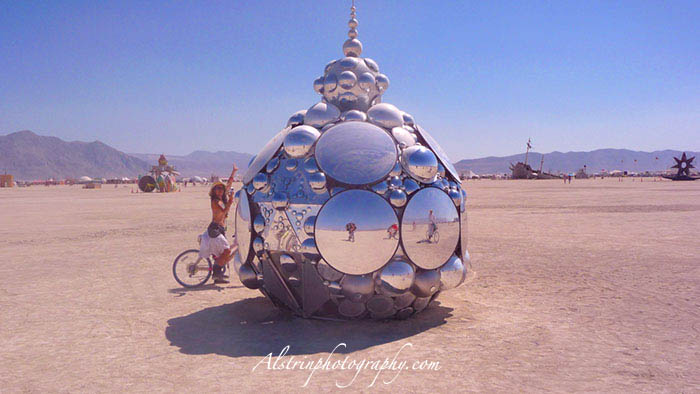 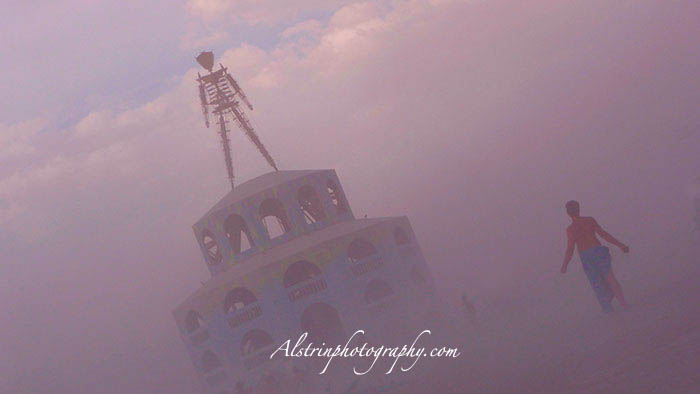 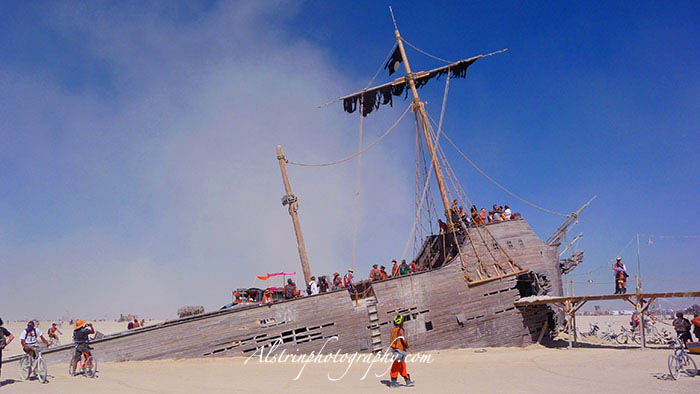 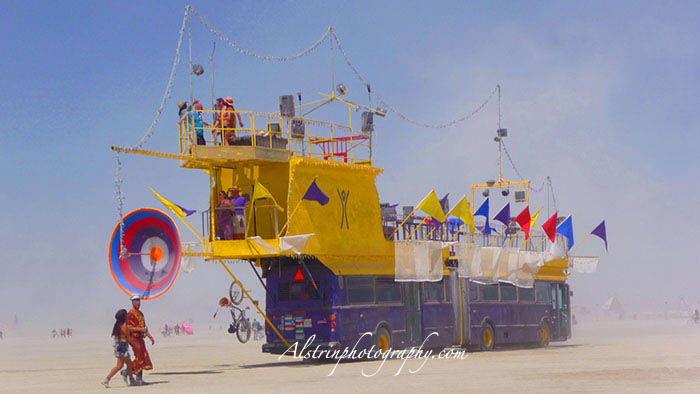 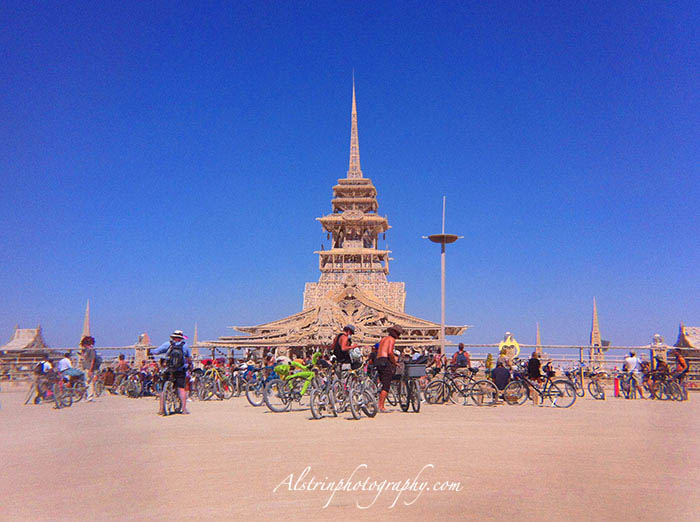